“As we dedicate this space, we recognize the deeper cause of our celebration. In this building, we encounter the Body of Christ.”

This project consisted of the restoration and renovation of the sanctuary to an historic 1920s Palladian church in Charlottesville, Virginia. The existing church had been modified in the 1980s, completely removing the original high altar which had been raised on steps on the center axis of the church. Two two existing side altars were
placed off center one to serve as altar, the other cut down in length to serve as a lectern. The carpet which had replaced stone tile was faded and worn, and the furnishings were dated and dingy.

The architect designed a new sanctuary with a new high altar placed on three steps behind and placed along with the existing altar on axis with the building. The floor of the entire sanctuary was removed and framed new, and new Tennessee marble with a honed finish was set on concrete to closely match the color of the existing. Lighting, electrical and audio were all improved while the floors were removed.

The new high altar is all new marble, with details inspired by the existing altar and ambo. The altar features three book-matched panels of marble and six fluted marble pilasters. The floor pattern was inspired by floors in the Catholic Cathedral of Richmond, tying the church to the mother church of the diocese.

The project was intended as a restoration rather than a renovation, despite the fact the original high altar was not replicated, but rather a new design based on the old details. Choice of materials to match, and use of honed, rather than polished marble, on the floors, using existing details, all add to the effect of making the interior to be aged but not distressed. The intent was to create a timeless and sacred space.

“It’s beautiful to see the church back to where it was, I think it allows us to glorify God.” 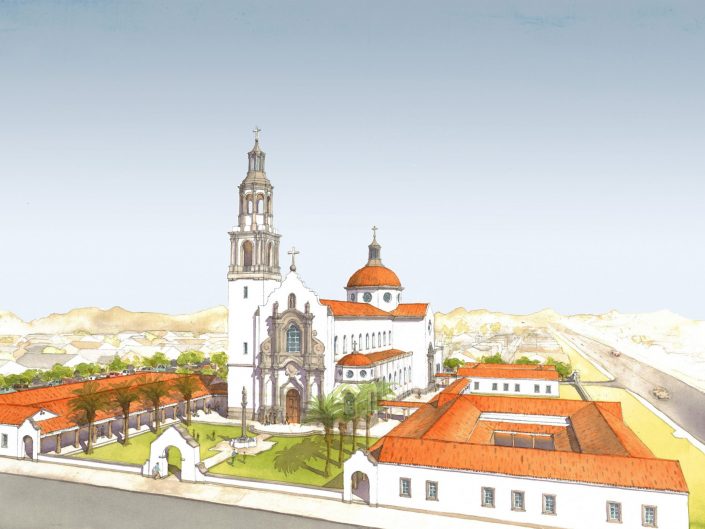 Church in the Southwest

Our Lady of Walsingham 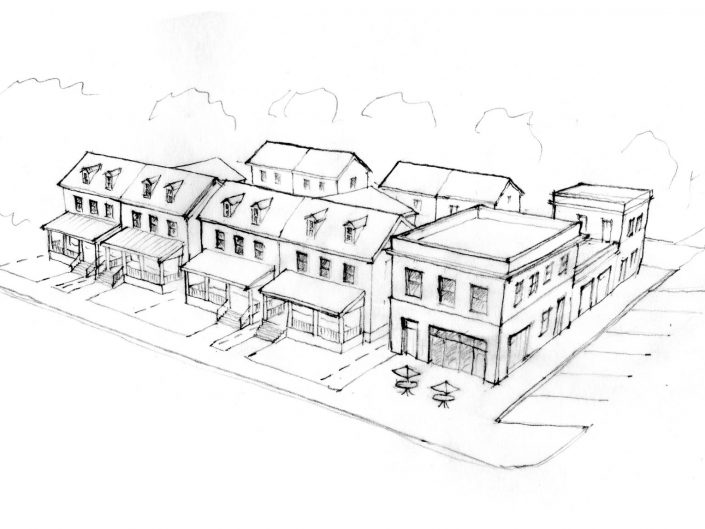 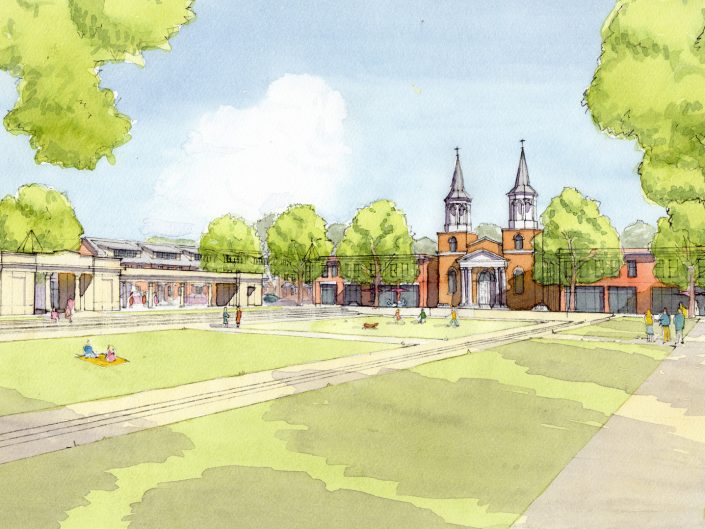