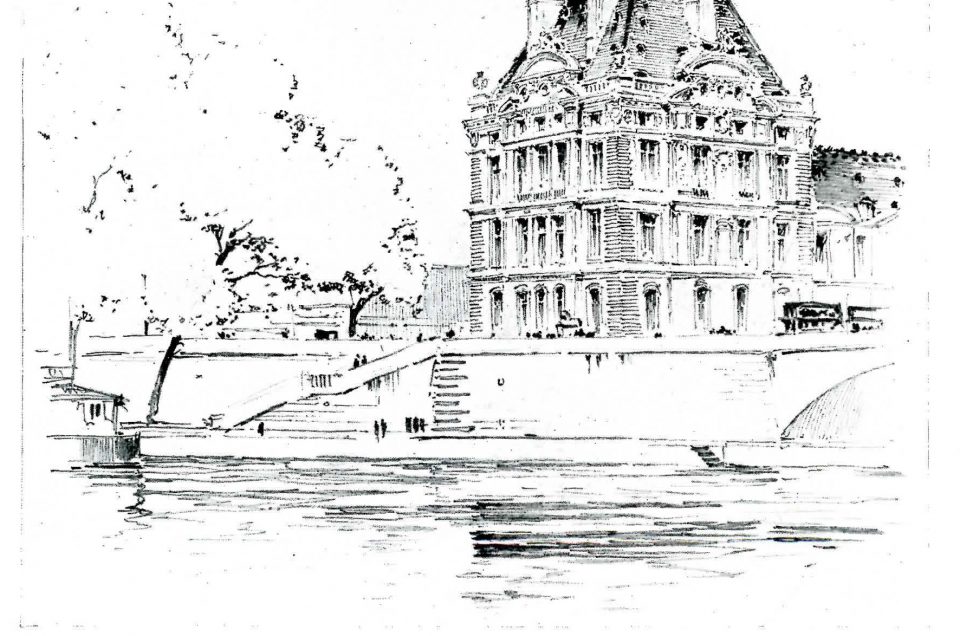 Paul Goldberger has a couple of times tweeted out that design schools need to teach students how to write. Whether he means critical writing, or just plain clear writing needed for proposals, etc makes no difference, as I couldn’t disagree more.

I’ll note first the irony of writing a defense of NOT writing here, and point out I’m a terrible writer. I don’t mean that what I write is terrible, but that as a habit and a skill, I’m terrible at it. I’m an architect and an artist, my skills and preferences are to draw and to design. Couple this with the immense technical knowhow I’m supposed to have mastered, such as building codes, zoning regulations, materials specifications etc, I don’t have a whole lot of space in my brain for writing, let alone time.

I’ve not spent nearly enough time writing to develop anything like the habits necessary to be a passable, let alone good writer, but I do try to write a few things about architecture that are important to me. And when I look at the amount of time spent compared to the output and the remuneration, I might as well have been flipping burgers.

That said, I’m here to say that architects and artists should not be spending their time in design school developing skills to write. In fact I’d argue the opposite, that writing as a primary skill for the artist is really damaging to art and architecture.

Not that every artist who spends his time writing is bad, but that far too many terrible artists spend far too much time filling volumes of magazines, books and journals with pseudo-intellectual gobbledygook* (as Roger Scruton called it) to cover up a their complete lack of skills in drawing and design.

Instead, architects are being put onto CAD machines and forced to crank out ugly, banal and mostly impossible to build projects that no sane human being would want to ever occupy.

As I said, if Mr. Goldberger and the other architect he quotes are speaking about general writing, for the sake of proposals, etc, then the fault is NOT with design schools. Unless it is to point out they’re admitting far too many underqualified and uneducated students who’ve been failed by their primary school education. But leave that aside.

What would be so wrong about emphasis on drawing alone to teach the skills that let the art of architecture flow from that side of the brain which imagination comes from? Only drawing by hand can really unlock that, and when done as a habit, it only shows in the results. Drawing by hand leads to an understanding of form and line, of shape and three dimensional space that simply cranking on CAD cannot possibly do. This design sense, for understanding places that work, and places that are I daresay “BEAUTIFUL” is a critical skill that students today are DYING for and we should be delivering but are not.

However we’re just looking to produce low level engineers and CAD monkeys and spec writers, then I suppose he could be right. But I’m not one to abandon the idea that architecture touches on the fine arts.

* (this gobbledygook is so bad that someone even created a program to randomly generate this nonsense:
https://www.yinchua.com/journal/2019/3/14/generate-pretentious-artist-statement-and-art-description)

Well, you put a smile on my face, not because I agree, but because you make good points even as I disagree with your conclusion. You are absolutely correct though that too many kids in architecture school today have been failed by their primary schools in not being taught to properly write- and in that learning how to properly think and organize those thoughts. When I was doing some teaching in a first year studio program, we did a lot of writing, but the kids desperately needed it- to learn to think for themselves.